Learn what kind of snow conditions to expect in New Zealand and in particular on the South Island of New Zealand during late autumn and winter.

Snow in New Zealand can start falling as early as late April. A dusting of snow on mountain tops is not an uncommon scene in April.

For example, I took this picture of Hawkdun Range with snow in April, the location of which can be reached by driving on State Highway 85.

The snow was gone the following day, though, because the temperatures were too high to maintain snow on the mountains.

Snow conditions in May in New Zealand

Late May you can expect to get the odd day on which truck loads of snow can fall within a short period of time.

Such events usually do not last for days on end. And again, soon afterwards, the snow melts away and disappears. You can expect such events to take place the closer you get to June.

Starting from June you can expect to start seeing more snow on the mountains. Temperatures and precipitation play a major role in whether there is a lot of snow that falls and how far down the mountains it reaches.

The freezing level rises and falls, so the amount of snow on mountains also varies as the freezing level varies. In general, though, the snow does not usually reach the ground, and if it does, it does not stay there for long.

You can find out how low the snow is falling on the mountains by going to the Mountains & Parks section on metservice.com.

The weather can be unstable at times in July, bringing periods of rain instead of snow; or snow might fall, temperatures rise, and then the snow will melt and cause lake and river levels to rise. You can also get high winds and polar blasts in July.


The Mackenzie Country, where places such as Tekapo and Twizel are located, lies at a higher elevation and the weather seems a bit more stable there, although you don’t always get blue skies.

The photo of Lake Pukaki shown below was shot in July. As you can see, Ben Ohau Range was partly covered with snow.

Snow occasionally falls to the ground in this region, and if snow falls days on end, roads may get closed for a period of time, preventing traffic in and out of the region. In general, though, roads are clear of snow, and if they are not, snow plows tend to clear the roads early in the morning to keep important routes such as the one through Lindis Pass and Crown Range open.

The weather in Queenstown is pretty unsettled in July. While not much rain falls, it is often cloudy and gloomy.

The mountain tops tend to have snow on them and the snow pretty much stays there because the temperatures are low enough.

And while roads may be icy and slippery early in the morning, they tend to be clear of snow most of the time, because the snow generally falls at higher elevations and only occasionally reaches the ground in Queenstown.

If you decide to walk up Queenstown Hill, you might encounter snow at the top of Queenstown Hill; just choose a day immediately after snow has fallen, even if the snow did not reach the ground.

Because August is at the tail end of winter, you can expect snow to have already fallen in the months leading up to August.

In addition, snow storms and cold snaps tend to hit New Zealand during the first and second weeks of August, thereby bringing large amounts of fresh snow to both islands.

All in all, August might be one of the best times if not the best time for snow in New Zealand, so it is a good time to plan a self-drive winter tour, but make sure you carry snow chains.

Snowfall after winter in New Zealand

Snow does not only fall in late autumn and winter in New Zealand but continues falling throughout spring in September and early October.

However, the periods of snowfall in spring are far in between, and when the snow does fall, it comes down in large amounts. You can see these as the last days to enjoy skiing in New Zealand if you still want to and if the temperatures remain low enough to keep the snow on the mountains.

Just check whether ski fields are still open, since opening times depend on temperatures and the amount of snow that has fallen. Ski fields may close early if snow conditions are bad and/or temperatures remain high for the season.

Whether you are inside or outside of New Zealand, you can always check snow conditions online by using one of the three methods for knowing whether it is snowing in New Zealand.

The following video gives you an idea of what winter is like and what kind of snow conditions you can expect in New Zealand. The photos used in the video were shot in June and July. 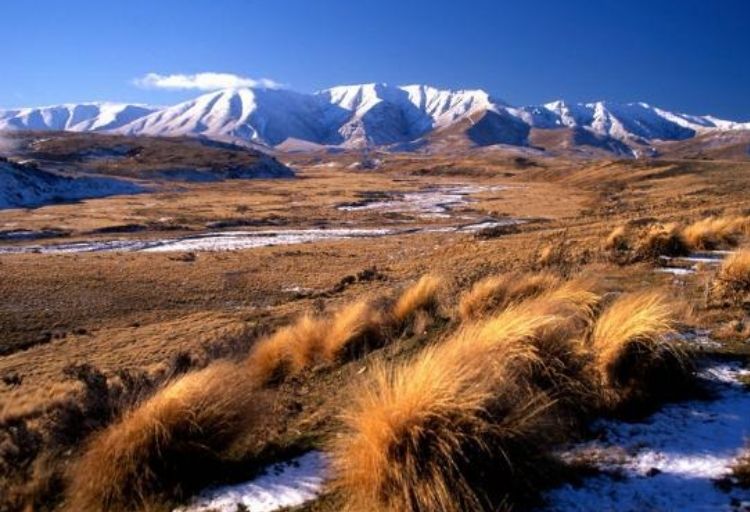 New Zealand is an attractive travel destination but crime has been on the rise. Does this mean that you have to avoid visiting this beautiful piece of Earth?