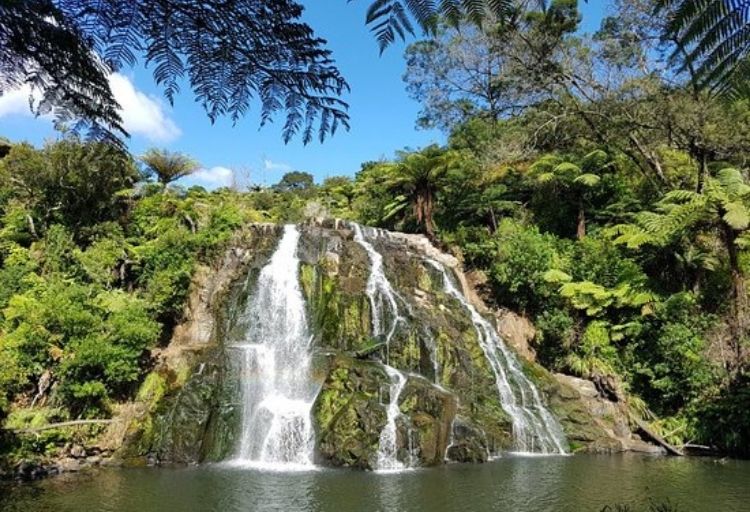 Learn how many days it could take to visit the North Island of New Zealand based on an itinerary that includes some interesting places and things to do.

If I had to just go by feeling and come up with a reasonable amount of days to see the North Island of New Zealand, I’d say 5 days.

So theoretically speaking, you could spend one day on the North Island, but that would not be enough to see or do much.

You could add another day to increase the opportunity of stopping briefly at a few selected locations, but it would still not make for a satisfying trip.

If I look at the North Island and think about places that are really worthwhile visiting or seeing, I can come up with three regions:

And to complete the trio, I’d throw in Auckland and Wellington just to be able to say that I visited the major cities on the North Island.

Let’s look at the aforementioned regions and see how many days you would need to visit each location and then come up with a total amount of days to spend on the North Island of New Zealand.

The easiest and most common way to get to the North Island is to fly to Auckland, although some international airlines also fly to Wellington – mostly from Australia.

If you are not flying to New Zealand from Australia, but have to cross many time zones to get to New Zealand, it is advisable that you take the first day easy and not immediately jump into a car and start driving.

So spending 1 to 2 days in Auckland would be a good idea. If you are visiting from overseas, you can take it easy on the first day and then do activities on the second day before moving on.

Ideas for killing time in Auckland include:

You could choose to do a harbor cruise to for example Waiheke Island for wine-tasting or Rangitoto Island to walk up the summit of the youngest volcanic cone in the Auckland region to get good views of the region around Auckland.

Either island can be reached in under one hour by catching a ferry from downtown Auckland.

On your second or third day on the North Island, you should be fresh enough to take a drive up north to Kerikeri. The drive from Auckland to Kerikeri should take about 3 hours.

On your drive up north, you could stop and visit Whangarei Falls, which is located just north of Whangarei, before driving on to Kerikeri.

You could spend 2 to 3 days in Kerikeri depending on how much you like coastal scenery and beaches. Kerikeri could serve as a base to visit the Bay of Islands where you can do activities on and around water.

The scenery by itself is to die for in this area. Another idea would be to drive from Kerikeri to the lighthouse at Cape Reinga and Ninety Mile Beach nearby.

But check your car rental contract for whether you can drive on the road to the lighthouse, since some car rental companies prohibit this.

And it is highly likely that Ninety Mile Beach is on the forbidden list too.

There are many scenic reserves and forests in this area where you can do walks, along the coast or away from it.

From Kerikeri, you could drive back down to Auckland and then onwards to the east to visit the Coromandel Peninsula, which is famous for its beaches.

The drive to Coromandel Peninsula should take about 5 hours.

You could spend one night on the Coromadel Peninsula to visit places like Cathedral Cove for its picture-perfect beach and Hot Water Beach to create and sit down in your own hot pool on the beach.

There is also a gorgeous waterfall (Owharoa Falls) in the nearby Karangahake Gorge, which you can visit.

Rotorua is the place to be for Maori cultural activities and for visiting thermal pools and areas. It is also centrally located, so you could visit several other locations while staying in Rotorua.

You could spend 2 to 3 days in Rotorua depending on what you would like to see or do.

The drive from Coromandel Peninsula to Rotorua should take about 3 hours, so you would have enough time to do a side trip to Tauranga, where you can for example walk up Mount Maunganui for nice scenic views over Tauranga and the coast.

From Rotorua, you could drive down south and visit Huka Falls near Taupo, and Tongariro National Park to see volcanoes or do a walk.

You could also drive to Tauranga or Whakatane and onwards to visit beaches like Ohope Beach where you can do a coastal walk.

Or you could just stay in Rotorua and attend a Maori cultural show or visit one of the several thermal areas around the town.

Wellington is the capital city of New Zealand, but it is also a city that you can visit and see in one day, because it is so compact.

Wellington forms a good stopover if you have to catch a ferry to the South Island the next day.

Wellington – just like Auckland – offers shopping and eating facilities. There are many restaurants and bars you could visit in Wellington if you are into that.

You could also do something cultural and visit the Te Papa museum or stroll around the city centre looking at old buildings, which in spite of many earthquakes, are still standing.

Other popular places to see include Wellington’s waterfront, the Beehive where the government resides, and the Wellington Botanic Garden.

You could even catch the train or do a short drive to the Kapiti Coast and walk around Queen Elizabeth Park, or if you are into seeing wind turbines, there are lots of wind turbine walks in and around Wellington.

Final Words On How Many Days To See The North Island

The trip suggested above would take a minimum of 7 to 8 days to complete. If you have more days to spend, you could visit the East Coast on the North Island.

There are lots of nice beaches along almost the entire coast from East Cape down to Napier and Hastings.

You can also find wineries and vineyards in Hastings and further down south in Wairarapa. Or you could head west to visit New Plymouth and Mount Egmont National Park.

There are several waterfalls scattered all over the North Island where you could stop or visit large lakes like Lake Taupo or Lake Waikaremoana. There are also a couple of Lord of the Rings locations you could visit if you are into that.

The possibilities are endless. It is really up to you how much time you would like to spend on the North Island of New Zealand.

And remember to always plan activities for days with good weather as well as bad weather; don’t make the same mistakes I made on my 3-week trip to New Zealand.

Enjoy your trip to the North Island!

Find out whether July is a good month to visit New Zealand, what you can do, where you can go, and what New Zealand’s weather is like in July. 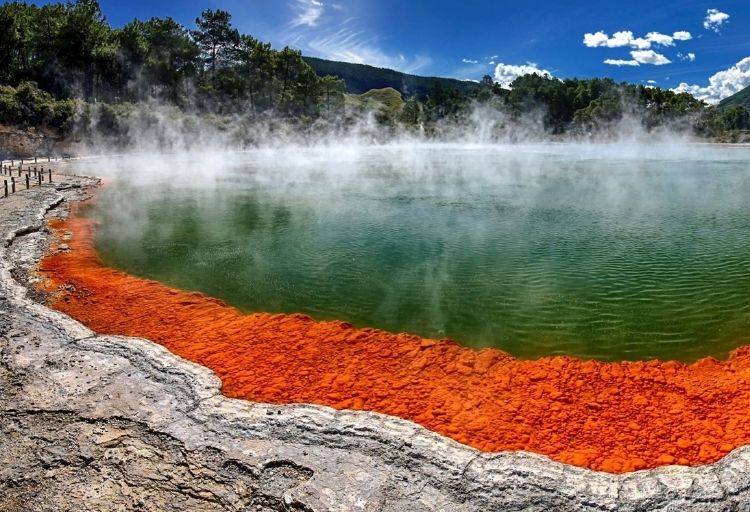 A list of 25 North Island and South Island ski fields on maps for easy access and with links to official New Zealand ski field websites.