Find out whether December is a good month to visit New Zealand, what you can do, where you can go, and what the weather is like in December.


December marks the beginning of summer in New Zealand. The weather is overall good with a few periods of rain.


December also marks the start of the festive season (i.e. Christmas) and the summer holiday for New Zealanders.

Businesses tend to shut down towards the end of December, which makes cities that would ordinarily be busy during business hours, quite relaxing and peaceful to walk through during the week.

However, one disadvantage of being a festive and holiday month is that if you are planning on visiting New Zealand around Christmas Day in December, you must ensure that you stay in a hotel or a place where you can eat because most restaurants, bars, and shops are closed on Christmas Day.

So if you are coming to New Zealand, either arrive before Christmas Day and do your shopping (including buying food), or arrive one or two days after Christmas Day when shops tend to open again.

Note that some shops remain closed until January, but you should be able to buy essential things like food, gas, etc.

December is a busy month to visit New Zealand and not ideal if you want to avoid the crowds. Accommodation prices also tend to be fairly high then.

Things to do in December in New Zealand

Because the weather in December is variable, alternating periods of sun and rain, you should look for activities that you can do on both sunny and rainy days.

When it is sunny, you could go for a hike up a mountain like, for example, Mount Roy in Wanaka, Queenstown Hill in Queenstown, Mount Victoria in Wellington, Mount John in Tekapo, or up any other high place that would give you good scenic views.


You could also head to beaches and lie down in the sun. I’m not sure whether the water would be warm enough to go for a swim, but I have seen people go into the water in December.

Should the weather take a turn for the worse, you could do activities where you remain mostly indoors such as, for example, visiting museums or a fun place like Puzzling World in Wanaka.

What I also tend to do when the weather does not allow for nice scenic views is go hunting for waterfalls. Both the North Island and the South Island of New Zealand have numerous places where you can find waterfalls, some of which can be accessed by doing a short walk. 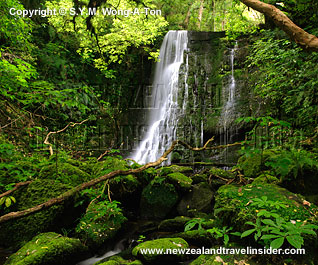 The latter is not unique to December, though. It can occur in any season but generally does so in late spring, early summer, late autumn, or winter.

Places to visit in December in New Zealand

Beaches on the North Island can be found in Northland, Auckland, Coromandel Peninsula, Bay of Plenty, Gisborne, Napier, Raglan, Kapiti Coast, and Wellington.

Beaches on the South Island can be found in Golden Bay, Nelson, West Coast (generally not for swimming, though), Dunedin, and Otago Peninsula.


Lakes on the North Island can be found in Taupo, Rotorua, and Te Urewera National Park; and on the South Island in Nelson Lakes National Park, on the West Coast (for example, Lake Brunner and Lake Kaniere), in Hakatere Conservation Park (Lake Clearwater, Lake Camp, Maori Lakes, and Lake Heron), in South Canterbury (Lake Tekapo, Lake Pukaki, and Lake Benmore), in North Otago (Lake Ohau), and in the southern part of the South Island (for example, Lake Hawea, Lake Wanaka, Lake Wakatipu, and Lake Te Anau.

[Photo: Lake Kaniere on the West Coast of the South Island (32 KB)]

Mountains on the North Island can be found south of Taupo in Tongariro National Park and near New Plymouth in Mount Egmont National Park. On the South Island mountains can be found running from the northeast to the southwest of the island.

Be careful when choosing a bush to head into when the weather is bad because roads can get obstructed by water or slips.

Make sure that any bush walk you do is easily accessible, meaning that you do not have to drive on dirt or forest roads to get to it and that there aren’t any cliffs nearby where you are going for a walk. Also make sure that you are not near a river that can swell.

In a nutshell, choose an easy and short bush walk that is nowhere near a cliff or a river. You can find such walks on the Department of Conservation website for regions you are interested in.

December is the month in which the Pohutukawa is in bloom although blossoms can already start to appear in November [Photo: Pohutukawa blossom in Wellington (49 KB)].

It is a tree that is unique to New Zealand, so make sure you do not miss it.

You can find it in coastal areas but also in cities such as Wellington on the North Island and Greymouth on the South Island.

More ideas on places to visit in December:

Temperatures in December generally start to climb coming out of spring and reach their peak in January and February.

Temperatures in all of the summer months lie pretty close to each other, but you can expect January to be slightly warmer than December and February.

Compared to January and February, December is wetter, so it is the summer month with the most amount of rain.

However, in places like, for example, Christchurch, December brings a similar amount of rain as February, with January being the driest summer month. But all in all for New Zealand, you can expect more rain to fall in December than in the other summer months.

Temperatures in December tend to fluctuate between 2 and 30 degrees Celsius (36 – 86 degrees Fahrenheit), depending on where you are located in the country.

Typically on the North Island, temperatures would fluctuate between 7 and 30 degrees Celsius (45 – 86 degrees Fahrenheit).

Daytime temperatures in eastern parts of the country tend to be higher than anywhere else in New Zealand.

So while places like Napier on the North Island and Christchurch on the South Island could experience temperatures as high as 30 degrees Celsius, cities and towns elsewhere in New Zealand generally get more modest temperatures that lie between 15 and 24 degrees Celsius (59 to 75 degrees Fahrenheit).

So December is not a very hot month but definitely warmer than the months in spring, autumn, and winter, although autumn has been becoming warmer and warmer in recent years.

Coming out of spring, the daylight hours tend to increase in December and reach a peak by mid-December. So December is the month with the most amount of daylight hours so also a month to go on long hikes.

The ozone hole over Antarctica that manifests itself during spring and summer does not reach New Zealand, but the sun in New Zealand is still very strong, so make sure you cover up or protect your skin against sunburns. The UV levels over New Zealand are highest in summer from 12 to 2 p.m. under cloudless skies and in the north of the country.

All in all, December is a good time to visit New Zealand if you’re looking for good weather that is not too hot or cold and a month that offers long days, and if you don’t mind the occasional cloudy day.

However, if you’re looking for some peace and quiet, December is probably not the best time to visit New Zealand. Try to postpone your visit until late February when the weather is still good and the peak tourist season starts to wind down.