Find out whether October is a good month to visit New Zealand, where to go, what to do, and what New Zealand’s weather is like in October.


October is mid-spring in New Zealand.

While October is not a very busy month to visit New Zealand, do keep in mind that there are school holidays that start toward the end of September and last until mid-October.

In this period of time, you can expect New Zealanders to be out and about, but this does not mean that places get very crowded, since October is not warm enough to encourage widespread vacationing.

The beginning of October is also when you can see remnants of spring blossoms in New Zealand and have the last opportunity to visit ski fields for skiing if snow conditions are still favorable.

Things to do in October in New Zealand

Because ski fields may still be open in October – weather permitting – you can still engage in winter activities such as skiing and snowboarding.

What you can also still do at the beginning of October is go for walks in gardens and parks to see spring blossoms and other spring flowers. 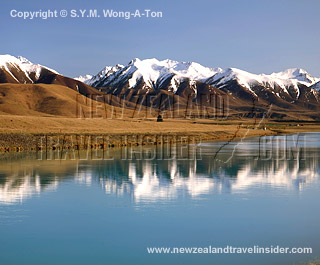 Where walking is concerned, you needn’t limit yourself to parks, though.

Because October is not a very warm or busy month, it is the perfect time to go hiking on popular trails that may otherwise get very busy during the summer months.

A word of caution though: The weather is typically unstable in October with still a chance of snow high up in the mountains, polar blasts, and rain.

So check the weather forecast before you head out.

Other activities you can do in October include scenic driving, cycling, whale watching (after the school holidays; otherwise it will be very busy on the boat), boat touring, river rafting, and flightseeing.

Places to visit in October in New Zealand

The beginning of October is not too late to see spring flowers in New Zealand. Therefore, you can still visit places like the Christchurch Botanic Gardens and Hagley Park, the Wellington Botanic Garden, and other places on the South Island to see spring blossoms.

Just check the ski fields’ websites or the MetService website to find out about snow conditions before you visit New Zealand.

Because October is not a very busy month outside of the school holiday period after mid-October, it is the perfect time to visit locations that tend to get busy during summer such as:

Note that if you plan to do a walk that goes up a mountain such as the Tongariro Crossing or the Sealy Tarns Track, visit the visitor’s center before you head out to ensure that you won’t be putting yourself at risk due to avalanches and such because October is still a month that snow falls in New Zealand.

October, just like September, brings a variety of weather, and because it is generally the month in which most ski fields close, it is also a month in which you can expect snow to still fall high up in the mountains.

Temperatures on the North Island fluctuate between 4 and 25 degrees Celsius (39 – 77 degrees Fahrenheit) with the highest daytime temperatures reached in the upper North Island and on the East Coast.

Temperatures on the South Island vary between -2 and 25 degrees Celsius (28 – 77 degrees Fahrenheit) with the lowest temperatures taking place at night and the highest temperatures during the day in places like Christchurch.

Just like September, average temperatures are still in the mid to high teens.

So one could say that October is a pretty rainy month in spring.

So you have about 12.5 hours of daylight at the beginning of October. This increases to about 14 hours at the end of October.

Get four practical tips that will help you decide where to stay in New Zealand and see a list of recommended New Zealand cities to stay in.

Get tips on where to go, what to see, and what not to miss in this 3-part series for setting up a self-drive itinerary to see snow on the South Island.