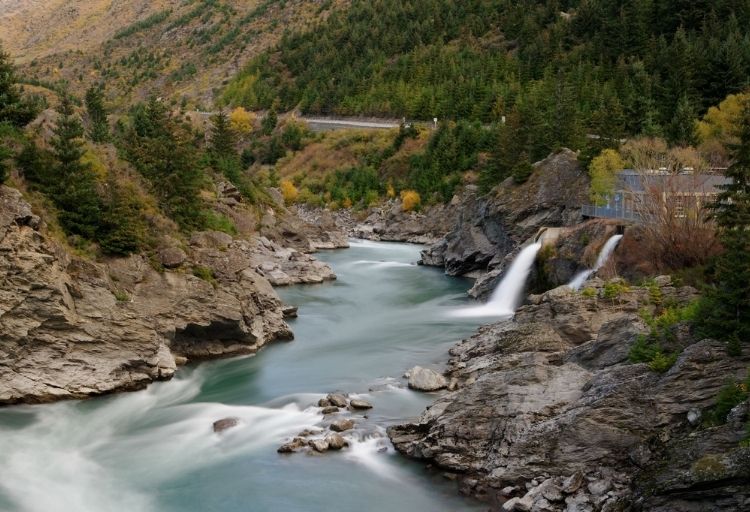 Roaring Meg is a turbulent stream that drives a hydro-electric power station and merges with the Kawarau River, which runs between the towns of Cromwell and Queenstown on the South Island of New Zealand.

The Kawarau River is Lake Wakatipu’s only outlet and flows to the East into Lake Dunstan.

The Kawarau River runs for a large part along State Highway 6 when driving from Cromwell to Queenstown.

You can reach the Roaring Meg discharge viewing site after driving for a couple of minutes from Cromwell on the Kawarau Gorge Road; it is located on the left-hand side of the road. There is a picnic spot opposite the viewing site for Roaring Meg, which also marks the start of a hiking trail called Pack Track.

There are several stories about how the stream came to be named Roaring Meg, but all involve women who exhibited something noteworthy, including being too loud.

And indeed, Roaring Meg makes a lot of noise when the waterway is in flood and as it discharges into the Kawarau River as you will see and hear in the 1-minute video shown below. 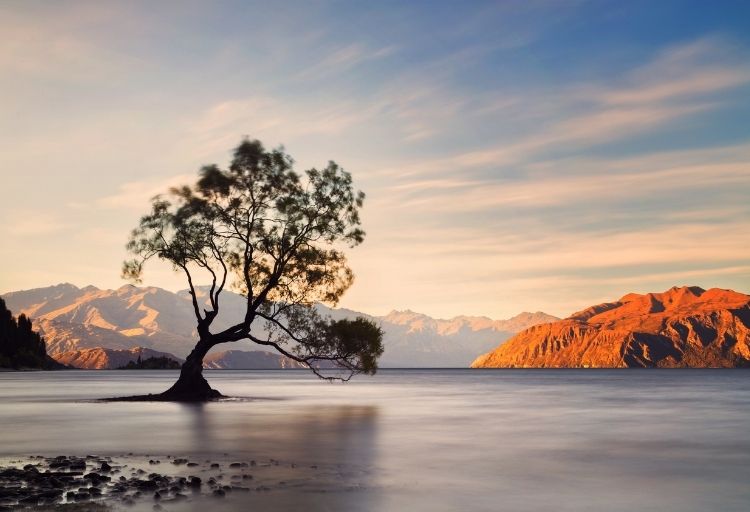 Photo of dark clouds hanging over Lake Wanaka and crepuscular rays breaking through the clouds and shining down on Lake Wanaka in Wanaka, New Zealand. 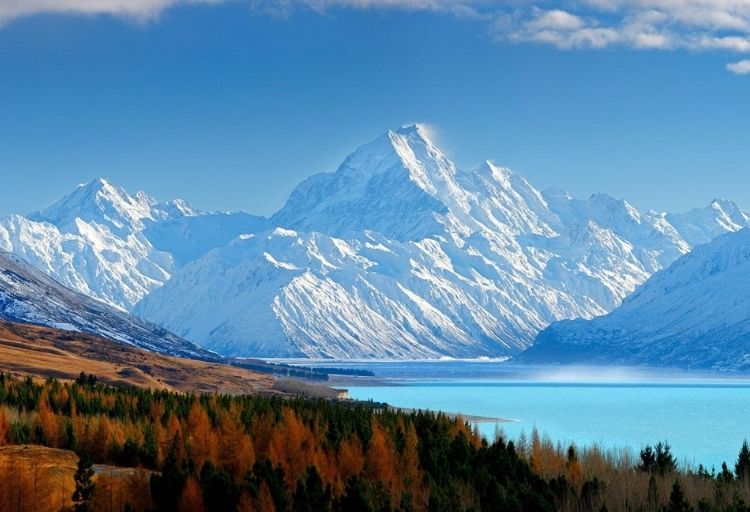 See a video of a snow-covered Mount Cook and a calm Lake Pukaki during the late hours of a sunny morning in spring on the South Island of New Zealand.

Photo of yellow poplars and green pine trees surrounding and set against the incredibly light blue water of Lake Benmore during the fall foliage season in New Zealand in Waitaki.

Learn about Benmore Dam in the Waitaki Valley on the South Island of New Zealand and see a short video of this impressive piece of construction. 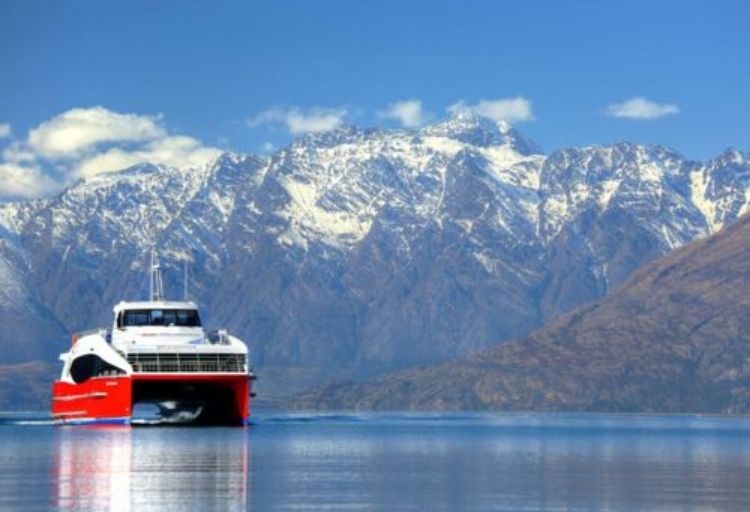