New Zealand consists of two relatively large islands and a number of much smaller ones.

The North Island is one of the two larger islands. The other large island is the South Island.

On this page you can find:

The North Island is approximately 113,729 sq km large, so is smaller than the South Island, which is 150,437 sq km. About 76% of the total population lives on the North Island of New Zealand.

Wellington, which is the third largest city in New Zealand and the capital city of New Zealand, is also located on the North Island.

Auckland lies about 650 km from Wellington via the road, which can take you up to 8 hours to drive. For more distances between North Island cities, you can use the North Island distance calculator.

Other well-known and popular cities tourists tend to visit on the North Island of New Zealand include: 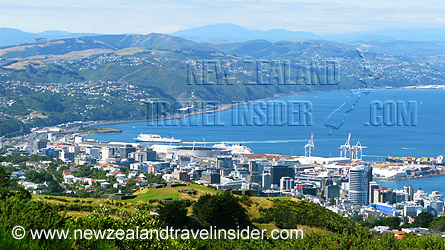 Temperatures on the North Island

Temperatures on the North Island range from 0 to 32 degrees Celsius, with the the region around the Bay of Plenty, Gisborne, Napier, and Hastings being generally the warmest and sunniest, especially in summer (December, January, February).

What to see and do on the North Island

The main geological features of the North Island are all due to the Pacific Plate sliding underneath the Indo-Australian Plate, thereby producing volcanoes and thermal areas on the North Island.

You can explore these features by walking, climbing, skiing, kayaking, sailing, fishing, or just relax and drive around the North Island taking in the scenery.

The North Island also has the largest stands of native trees and forests. Well-known flora include the Pohutukawa, which blooms during Christmas time and the silver fern.

There are more Maori living on the North Island than on the South Island, so if you are into culture, you can experience the Maori culture through cultural shows and by visiting historical sites. 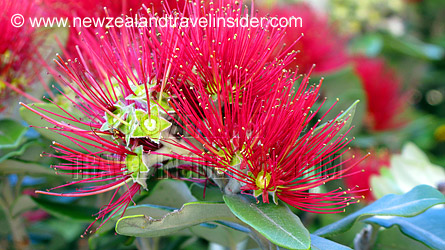 Places to visit on the North Island

Auckland and Northland are located in the upper part of the North Island.

Auckland is dotted by volcanic cones and craters. One such volcanic cone is Mount Eden, which is Auckland’s highest natural point. You can walk up Mount Eden to get 360-degree views of the city, beaches, islands, and forested ranges around Auckland.

Northland has a few of the best beaches in New Zealand judging from the color of the sand and the color of the seawater. They provide good photo opportunities and can be enjoyed in a number of ways through hiking, swimming, surfing, kayaking, sailing, cruising, or anything else you can do in or on the water.

The lower part of the North Island offers a variety of activities, including cultural education, wine tasting, and outdoor adventures.

In Wellington you can visit Te Papa, the national museum, or you can do various walks in the city to see historical and art deco buildings. Or catch the Wellington Cable Car up to one of the best city lookouts that the Wellington Botanic Garden has got to offer, and get gorgeous views of the city below.

If you are into wine tasting, you can visit the small wine region of Martinborough, which is a short drive from Wellington. It is best known for its Pinot Noirs. Or drive a little bit further up to Hawke’s Bay and visit a couple of the 50+ wineries in Hastings and Napier.

Whanganui National Park is all about kayaking, jet boating, river cruising, and walking, since the center of attention is the Whanganui River.

Mount Egmont National Park is all about hiking, skiing, and climbing, since the center of attention is Mount Taranaki, a dormant volcano.