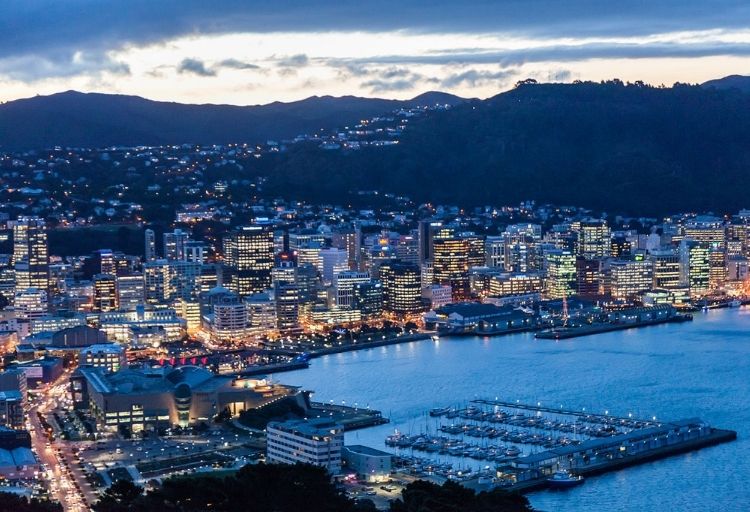 Wellington is a hilly city, so there are plenty of opportunities to get good views of the city and its surroundings.

However, not all locations offer good views of the city; you might be able to see the coast and even the South Island in the distance but not the city itself.

There are specific places you can visit to enjoy scenic views of Wellington City from above.

While most of the viewpoints require you to walk up a hill to get scenic views, a few allow you to drive up or access them by bus.

Below I’ll list five places you can visit in Wellington to get nice scenic views from higher ground.

These five locations are listed in order of driving distance from the corner of Lambton Quay and Willis Street in the city center.

The Wellington Botanic Garden is located near the city center or about 1.5 km (0.9 mi) from Lambton Quay.

It is the easiest and quickest place to access to get views of Wellington City from above.

You must walk up to get to lookouts that offer scenic views of Wellington City. Such a walk would require a moderate level of fitness.

However, if you are not in the mood to walk uphill, you could also take a short ride with the Wellington Cable Car (not free) from Lambton Quay in the heart of the city to one of the lookouts at the top of the Wellington Botanic Garden near the Cable Car Museum.

You could also drive up or catch a bus up. There is a parking lot (not free) at the higher end of the Wellington Botanic Garden near the Cable Car Museum and the bus stop is a short walking distance away.

While there are several lookouts in Wellington Botanic Garden, the one where the cable car drops you off is probably the best one.

The lookouts in the Wellington Botanic Garden offer city views to the northeast, east, and southeast.

On clear days, you can see the Rimutaka Range in the northeast, which may be snow-capped after a good amount of snow has fallen higher up in the hills usually in winter or early spring.

Mount Victoria provides some of the best views of Wellington City and is definitely a must-do if you are planning to visit Wellington.

The lookout provides 360-degree views of Wellington City. You can see Wellington Airport, Cook Strait, the Rimutaka Range, and the eastern hills from the lookout.

The walk up to the Brooklyn wind turbine is about 5.5 km (3.4 mi) away from the city center.

While the walk up the hill is not that long or arduous, if you are not in the mood to walk up the trail that leads to the Brooklyn wind turbine, you could also drive up if you have a car.

The lookout offers views to the northeast, east, and south. The city views are not too distant and you can also see Cook Strait from the hill.

Note that there are several other places you can visit to see wind turbines in Wellington.

Tawatawa Reserve is part of the the City to Sea Walkway and is located to the southeast of the Brooklyn wind turbine and more toward the southern coast of Wellington about 6 km (3.7 km) away from the city center.

The city views offered by Tawatawa Reserve are distant but still impressive because you can look all around and there are several high lookouts where you can get views of the city and the sea.

You can see the Brooklyn wind turbine and Mount Kaukau from Tawatawa Reserve.

You can drive to one of the entrances of Tawatawa Reserve and then it is a short walk up to several lookouts where you can get views. You can also catch a bus that will drop you off not too far from the entrance.

Mount Kaukau is part of the Northern Walkway and the Skyline Walkway and is therefore accessible from several directions.

Mount Kaukau is about 15 to 20 minutes out of town or about 7.5 km (4.7 mi) from the city center but offers one of the highest viewpoints around Wellington City.

The views of Wellington City from Mount Kaukau are not as close as the views you would get from Mount Victoria or the Wellington Botanic Garden but nonetheless impressive, since the lookout at the top of Mount Kaukau offers views to the northeast, east, south, west, and northwest.

In addition, on clear days you can see the peaks of the Kaikoura Range on the South Island. You can also see wind turbines on the hills around Wellington.

While it is pretty challenging to walk up Mount Kaukau, it is still doable even if you have a low level of fitness. Unfortunately, you cannot drive or catch a bus up; you must walk up.

If I had to choose just one lookout to visit, it would definitely be the Mount Victoria lookout because it is close to the city center, it offers nice views, the chances of getting great photos are good, and it is easily accessible on foot, by car, or by bus. Mount Victoria is definitely a must-do if you happen to be in Wellington.

For most of the lookouts mentioned in this article, please be aware that it is best to visit them on days with fine weather and light winds because they are very exposed to the elements.

Read Next —> Lake Wakatipu Near Queenstown 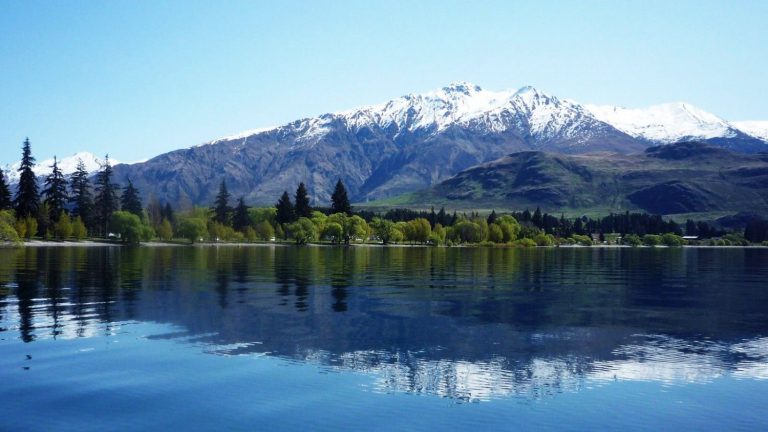 Get info about and see photos and a video of yellow fall foliage and Lake Wanaka at Glendhu Bay on the South Island of New Zealand. 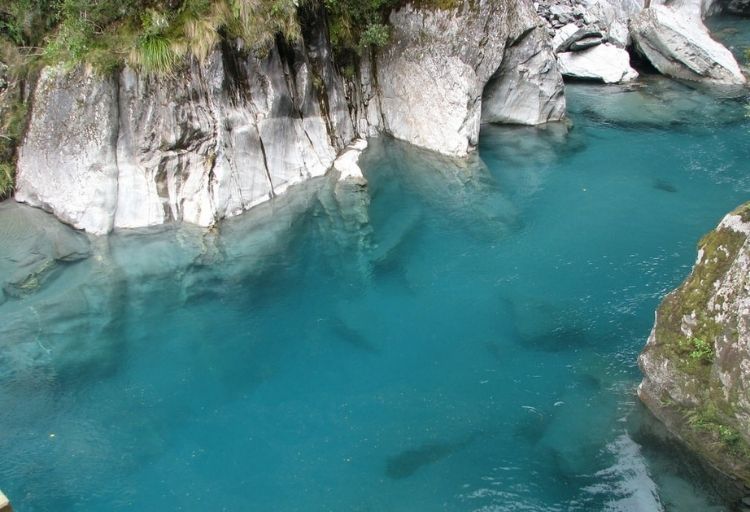 Get info about and see photos and a video of Blue Pools and the Makarora River on the West Coast of the South Island of New Zealand. 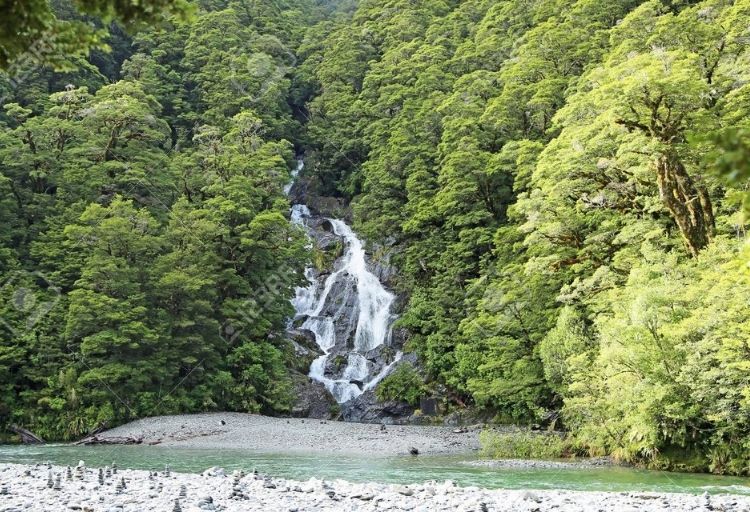 See a video of scenic snow-capped mountains around Queenstown including the Remarkables and Cecil Peak from a lookout over Lake Wakatipu. 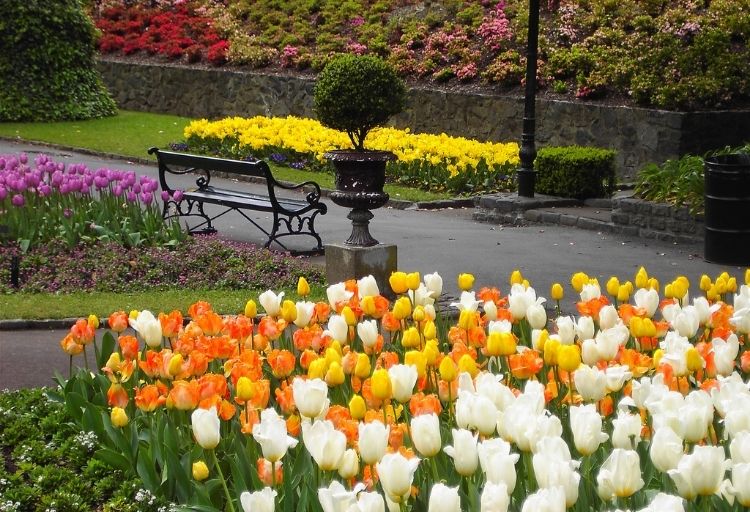 Learn when is the best time to visit Wellington Botanic Garden for spring flowers and where to go to see colorful flowers and cherry blossoms.