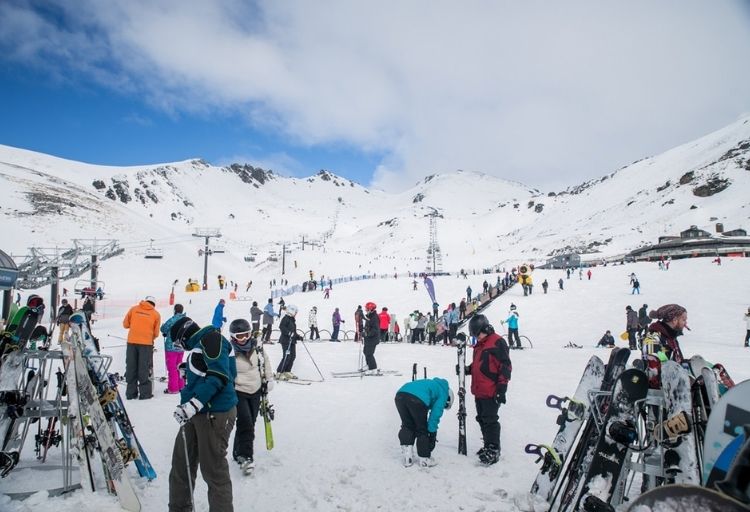 The winter months in New Zealand are June, July, and August. Winter can be one of the best times to visit New Zealand. Images of snow-capped and snow-covered mountains in New Zealand have become all too familiar and the hallmark of especially the South Island of New Zealand.

Unfortunately, though, such images have also risen the expectation and assumption that New Zealand experiences extremely cold temperatures in winter and that snow continuously falls during winter, which is certainly not the case.

Does It Snow In New Zealand?

While April snow is not uncommon, snow generally starts falling by the end of May and continues falling throughout the winter months of June, July, and August. However, don’t expect the ground to be continuously blanketed by snow. Read about the best time for snow in New Zealand.

Snow in New Zealand generally falls at higher elevations, and only occasionally does it reach the ground during winter in New Zealand.

The permanent snowline on the Southern Alps is around 2,100 meters, with glaciers down as low as 700 meters on the eastern flank and 400 meters on the steeper western flank. Therefore, high mountains such as Mount Cook are always snow-capped no matter what time of the year it is.

The only time you’re almost guaranteed to see snow is when you drive through mountain passes such as Lindis Pass after a cold snap (with precipitation) has passed.

When Did It Start To Snow In Past Years?

Come winter, snow is on everyone’s lips. And a common question is then: “Has it started snowing yet?” There are 3 ways to find out whether it has already started snowing in New Zealand, so you can read about them.

Below you’ll find articles highlighting when it started snowing in New Zealand in the past years. While the exact date for the start of the snow season varies year by year, you can get a general indication of it by studying past years.

Driving In Winter In New Zealand

Skiing In Winter In New Zealand

A common activity during winter in New Zealand is skiing and snowboarding. New Zealand has 25 ski fields, 18 of which are commercially operated.

The following articles can help you plan your ski holiday to New Zealand:

And for accommodation (New Zealand hotels and motels) in ski areas such as Queenstown, you may want to check out:

Read Next —> Fantail Falls On The South Island